Halloween, Crabs, and a Turkey Disguise 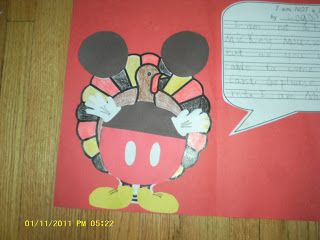 via: anthonsanonymous.blogspot.com
AA Meetings: Halloween, Crabs, and a Turkey Disguise It’s been a while since our last update so this will be a random assortment of things. Halloween was fun and cold as usual. Rylee trick-or-treated at about 5 houses and then she was done. The pictures shows them without coats, but we did put them on for the trick-or-treating. The kids helped me design and carve some jack-o-lanterns. We had fun doing that. The kids got creative and cute with their pumpkins. This picture is without the flash but, you can see our Jack-o-lanterns better. Alyson chose a Harry Potter design, Logan’s is classic and Ethan’s is supposed to be scarier. Here they are in their costumes. Logan is Commander Cody, Ethan is Spider-man and Rylee is Minnie Mouse. Alyson was a ninja but she went with a friend and wasn’t there for picture time. Alyson was recently in the school play. The play was “Blackbeard the Pirate.” Alyson played the role of “Snow Crab.” The crabs were in charge of protecting the buried treasure and they were grouchy. Alyson did an awesome job. Definitely the best crab and the cutest. One of her lines was “Back you fiends!” She delivered it wonderfully. We were very proud parents. Way to go Alyson! Alyson and her fellow crabs. A closer picture of Alyson in her crab costume. She played the grouchy “Snow Crab.” And finally, we have Logan’s recent school project. It was labeled as a “family project” and Logan was sick and throwing up that day so I did most of it. It was fun. The assignment was to create a disguise for your turkey to keep him safe during Thanksgiving. Logan decided we should disguise him as Mickey Mouse. So I had a good time making his costume. If you can’t read the story, I’ll tell you what it says. The story was the part that Logan did all by himself. It says, “I am NOT a turkey, I am Mickey Mouse. So please don’t eat me. It you eat me you won’t be able to come to Disneyland. So please don’t eat me, I am Mickey Mouse.” Logan’s disguised turkey.