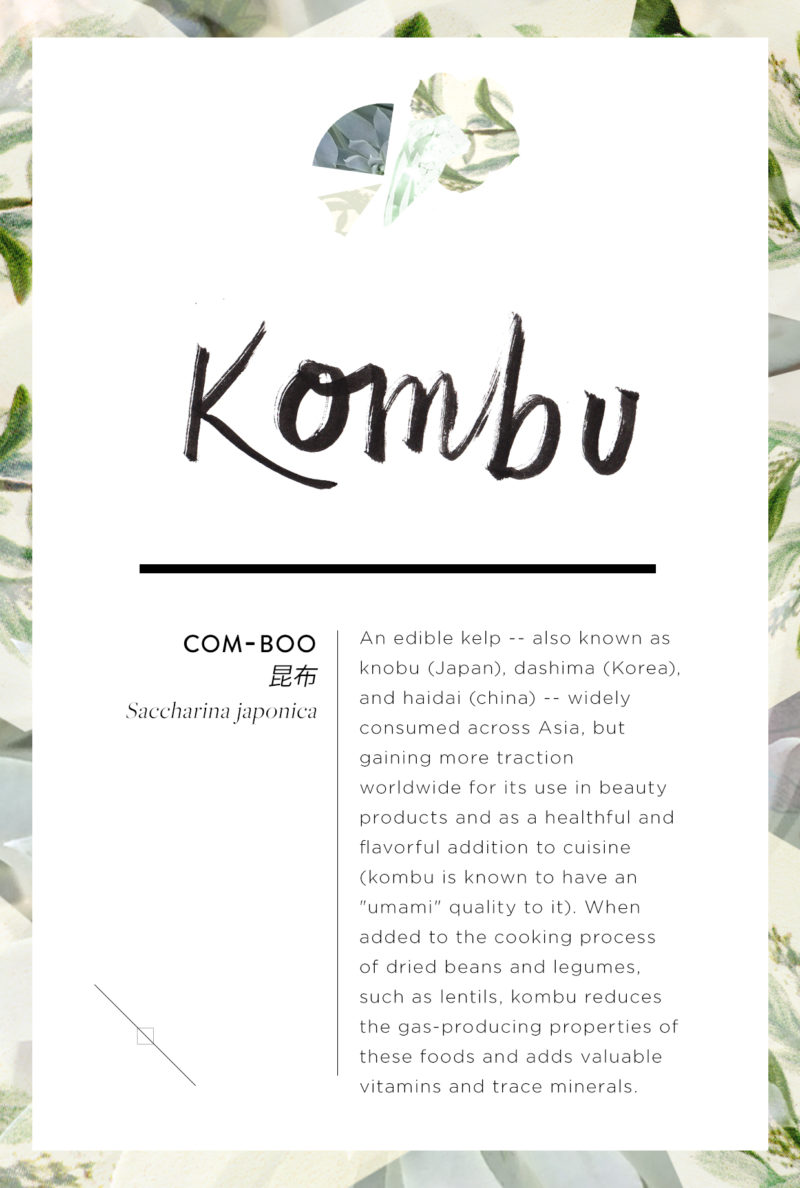 Don’t call it kombucha, this edible sea vegetable deserves a post all its own

If there’s one ingredient that’s made the most impact on my diet in the past several months, it’s this: A simple piece of dried seaweed. The same kind I used to run from on the beach, when my brother would toss the whole soggy, cold mess at me and I’d flee, screaming. Yep, I now put that stuff in everything. And you should, too.

See, I’m what you could call a failed vegetarian. I spent five years — from high school through college — eschewing meat and most animal products in favor of the occasional vegetable, lots of pasta, and way too many meat replacement products. I was a vegetarian who ate very few actual fresh vegetables, and even fewer beans and legumes, which are basically staples of the vegetarian diet. I somehow avoided scurvy, but remained fairly deficient in protein… a feat and a failure. After eating canned beans and the occasional lentil salad, I decided they weren’t for me. I was always left feeling bloated and gassy and generally ill after eating anything with beans, and at the time it was easier to write them off completely than to actually research their preparation and find out the underlying cause of my queasyness. In the years since, both my own viewpoints on food as well as the general public’s has shifted dramatically, and I became interested once again in adopting a more plant-based diet. Now a vegetable and fruit devotee, I was curious to find out whether I really  had a legume sensitivity or if I was just doing something wrong. Along the way I discovered kombu seaweed, an edible sea vegetable that not only boasts its own health benefits, but aids in the digestibility of other foods like grains and legumes. Read on to learn more about this unique vegetable and how to use it! 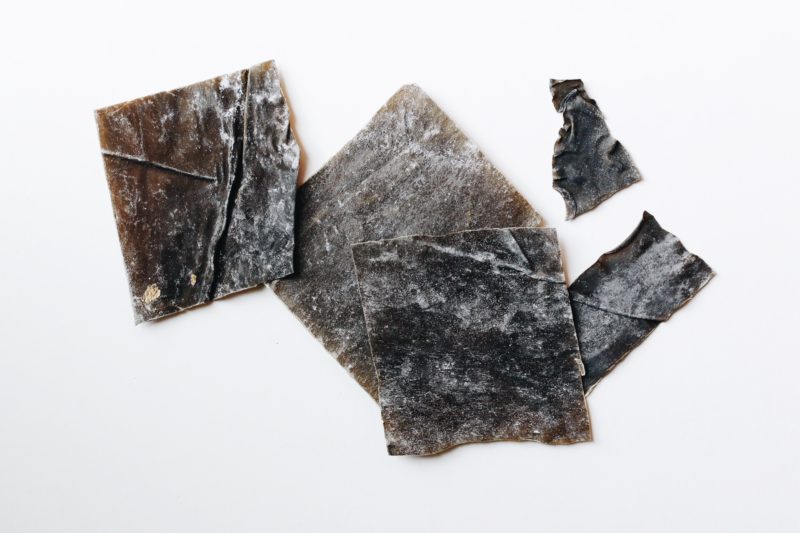 What is it? Kombu is a vitamin and mineral-rich sea vegetable most often used in Japanese, Korean, and Chinese cuisine. When added to soups, stocks, and other dishes, kombu lends an ‘umami’ flavor and boosts the nutrition of the dish. Kombu can also be used in beauty treatments. 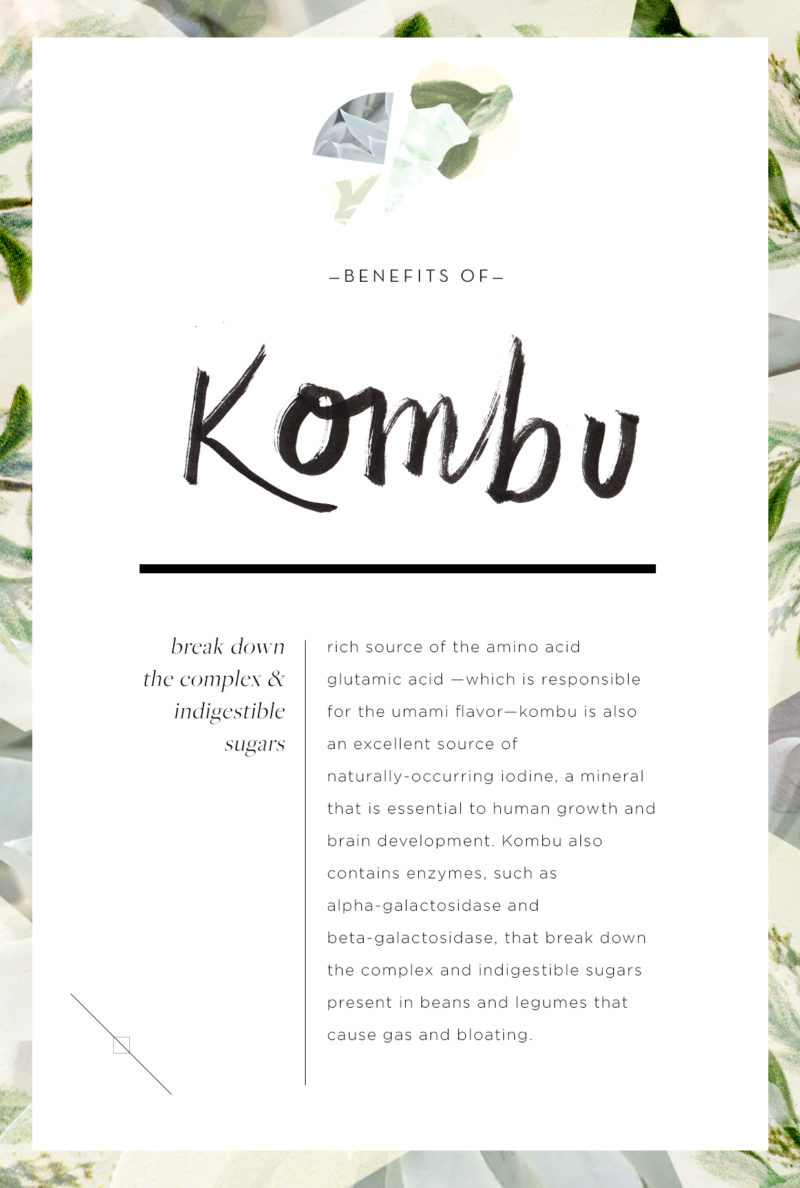 What are the benefits? Turns out, most beans, legumes and pulses contain phytic acid and oligosaccharides, anti-nutrients that protect the plant while it’s growing and that we as humans are not designed to digest. Once they reach the small intestine, these complex sugars ferment and release carbon dioxide and methane, gasses responsible for any bloating or discomfort you may feel after a bean or legume-heavy meal. Luckily, there are a variety of ways to deal with this, and besides soaking and sprouting your dry beans from scratch, adding a strip of kombu seaweed aids in breaking down these sugars by releasing enzymes. Kombu is also an excellent source of iodine, a mineral essential to brain function and development. 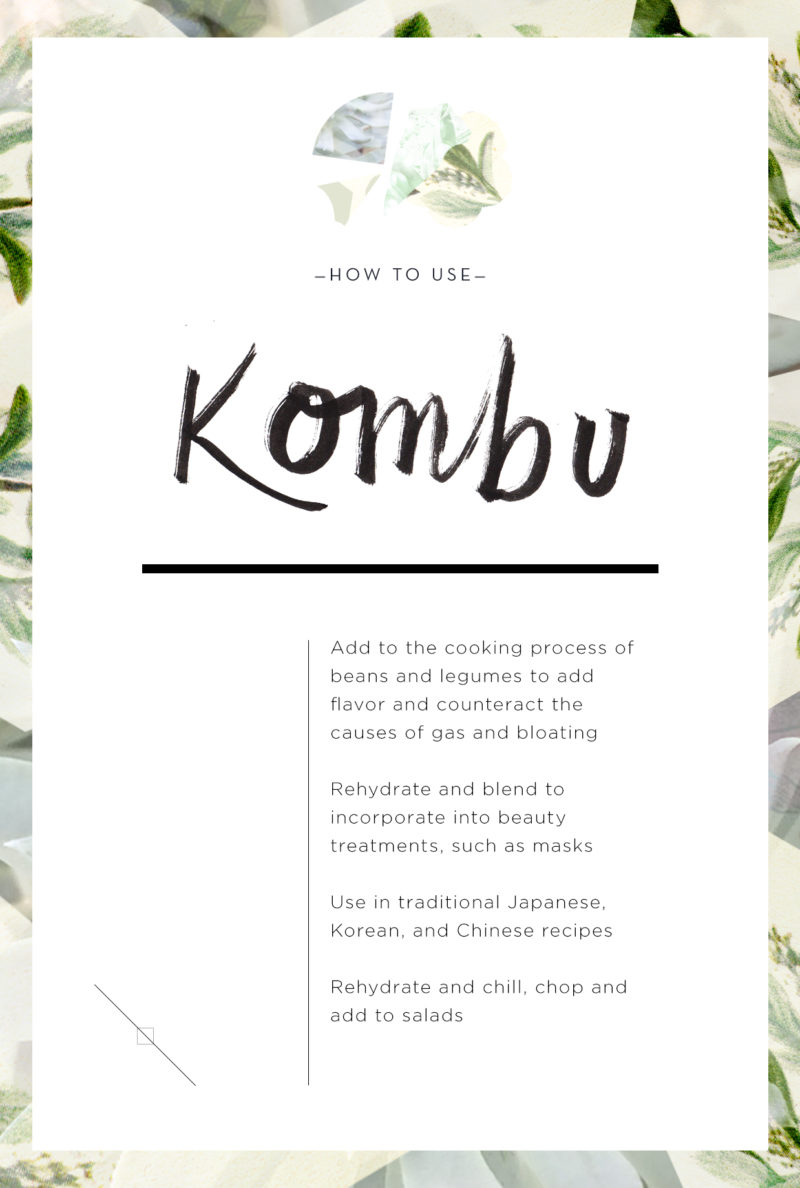 How do I use it? Kombu can be found dried at most natural f0ods stores. Use it to flavor soups and stews, or copy the directions below and add it to cooking beans or legumes. Kombu can also be rehydrated and blended into a mask to rehydrate and nourish skin. 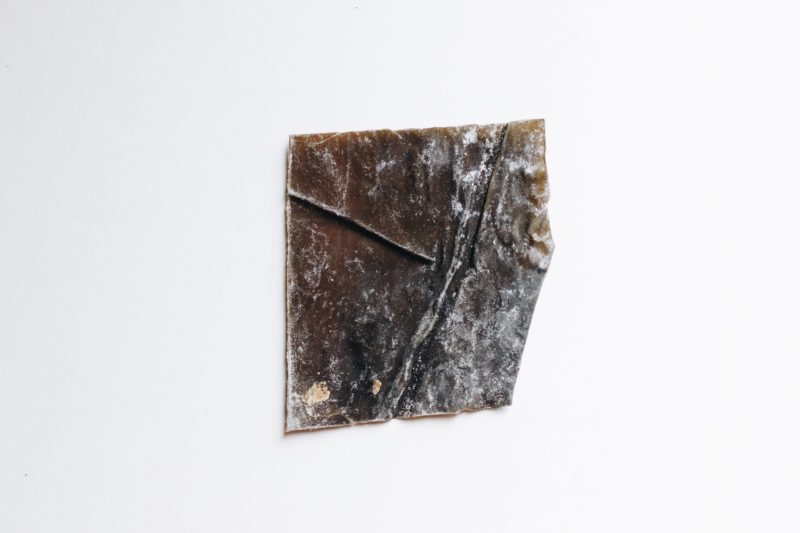 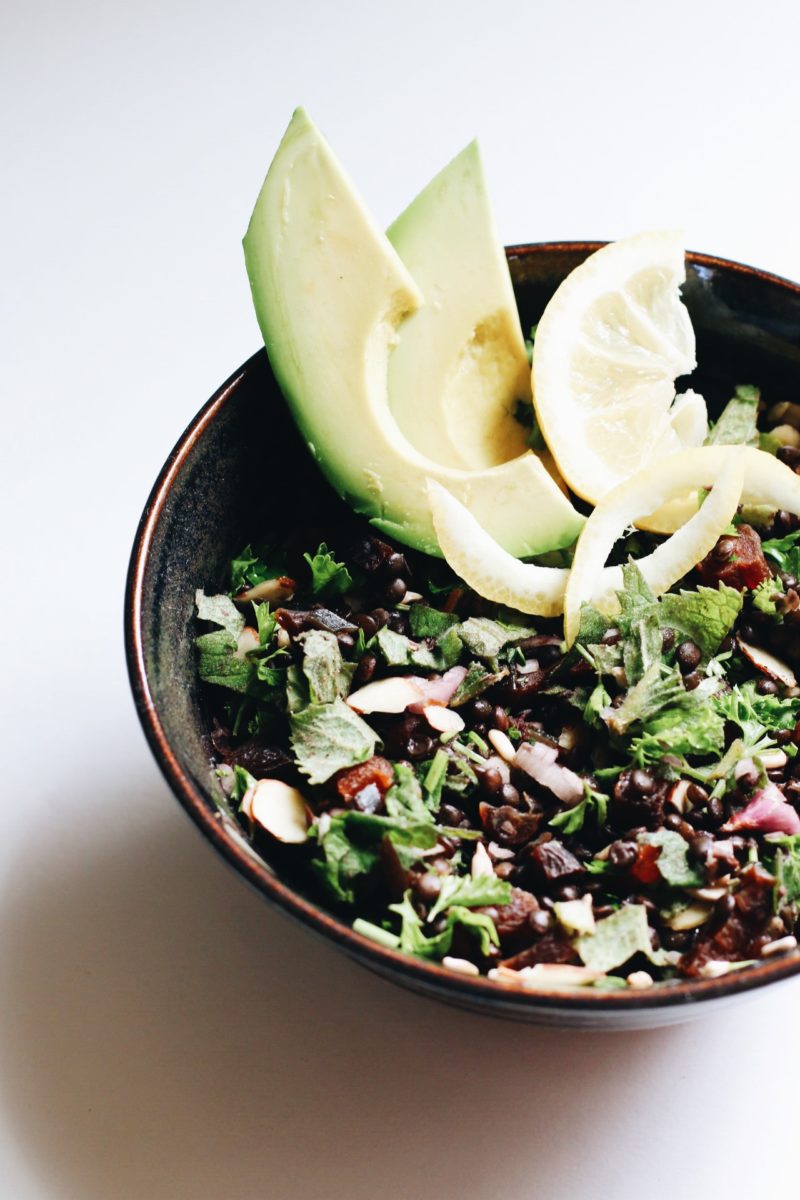 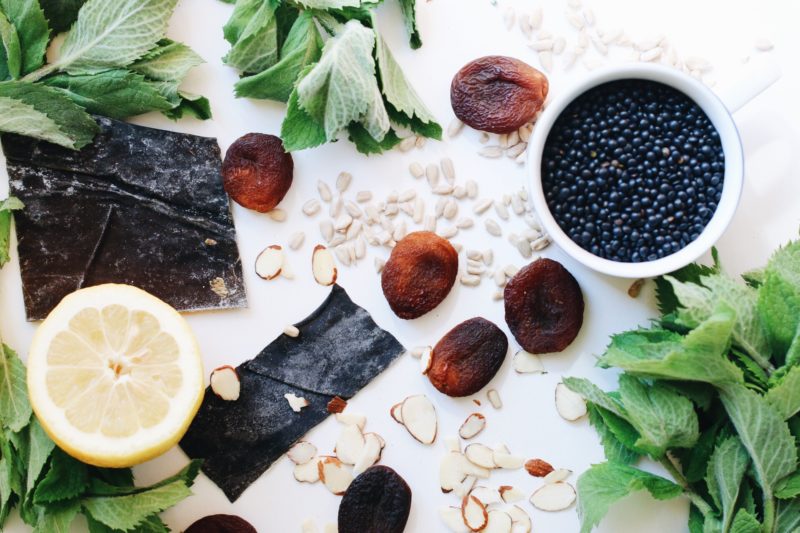 To cook the lentils:

Sort and rinse the lentils in a small colander or pot. Quickly rinse the strip of kombu under cold water, being careful not to rub off the white sediment. Place the lentils, water, and kombu in a small pot and bring to a rapid boil. Reduce the heat to low and allow to simmer until water is absorbed and lentils are done but not mushy (mushy lentils will easily kill what would otherwise be a good lentil salad). Drain any remaining water. 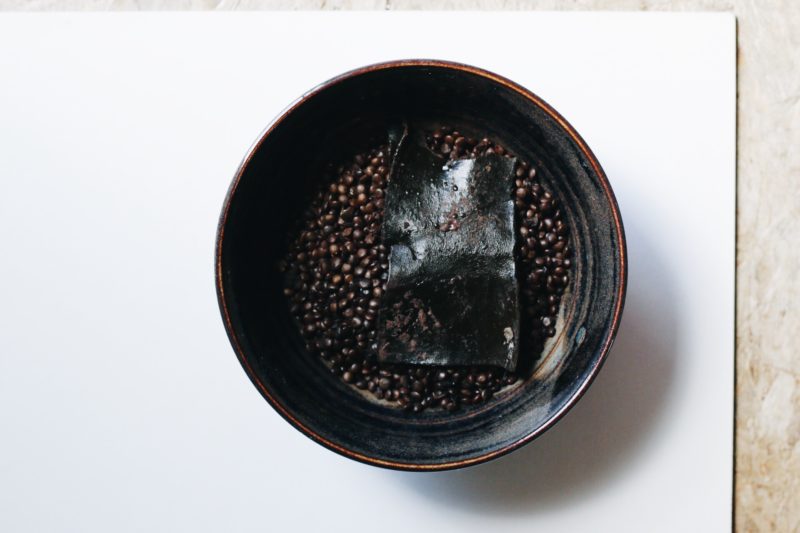 To make the salad:

Divide into bowls and top with avocado and lemon slices. 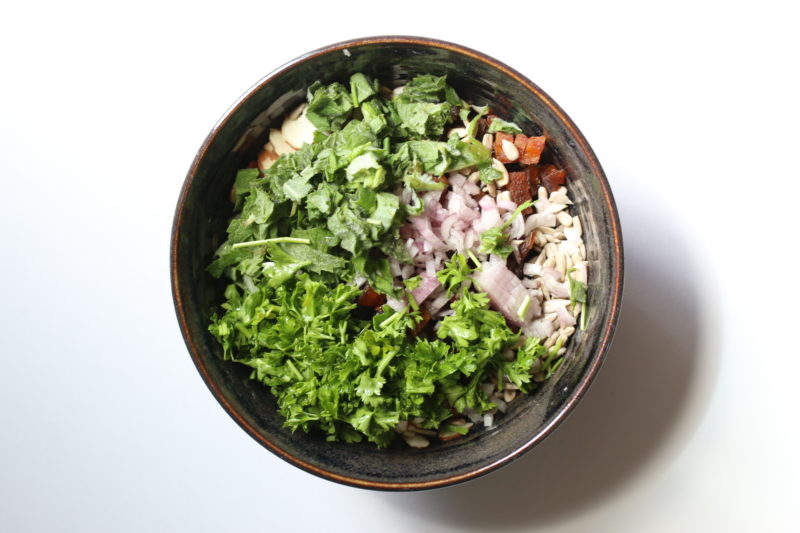 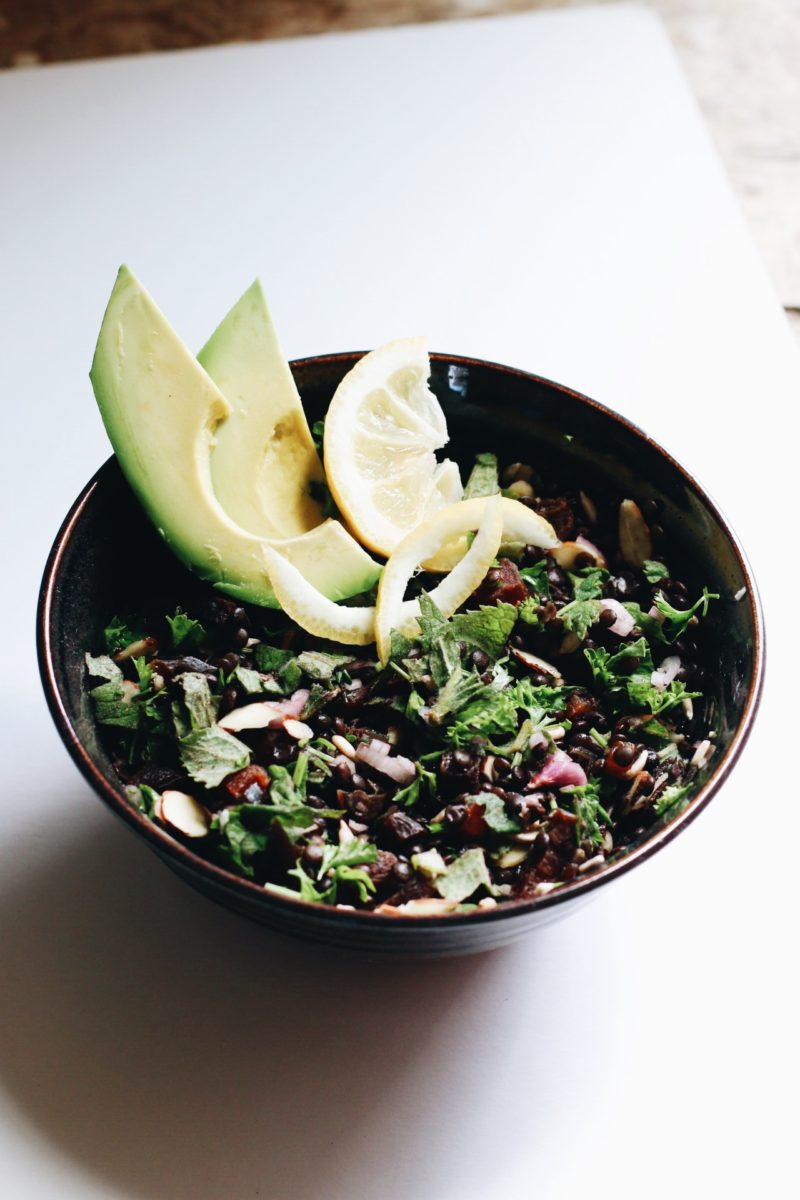 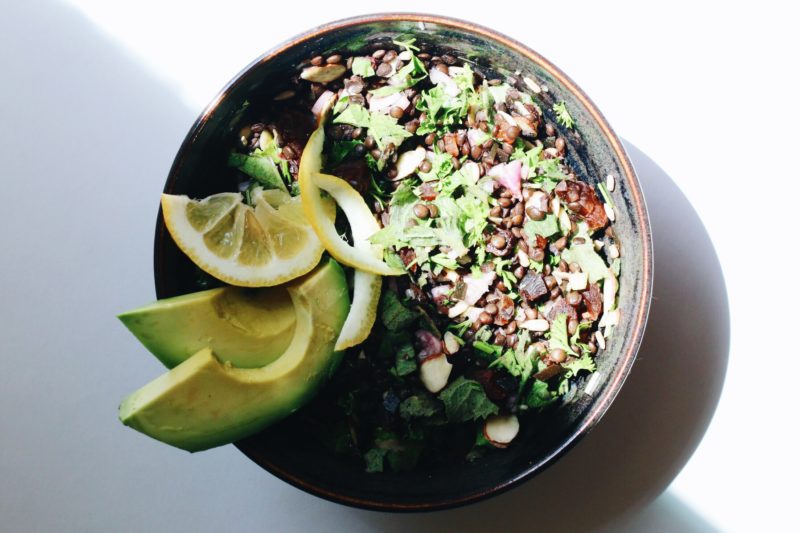